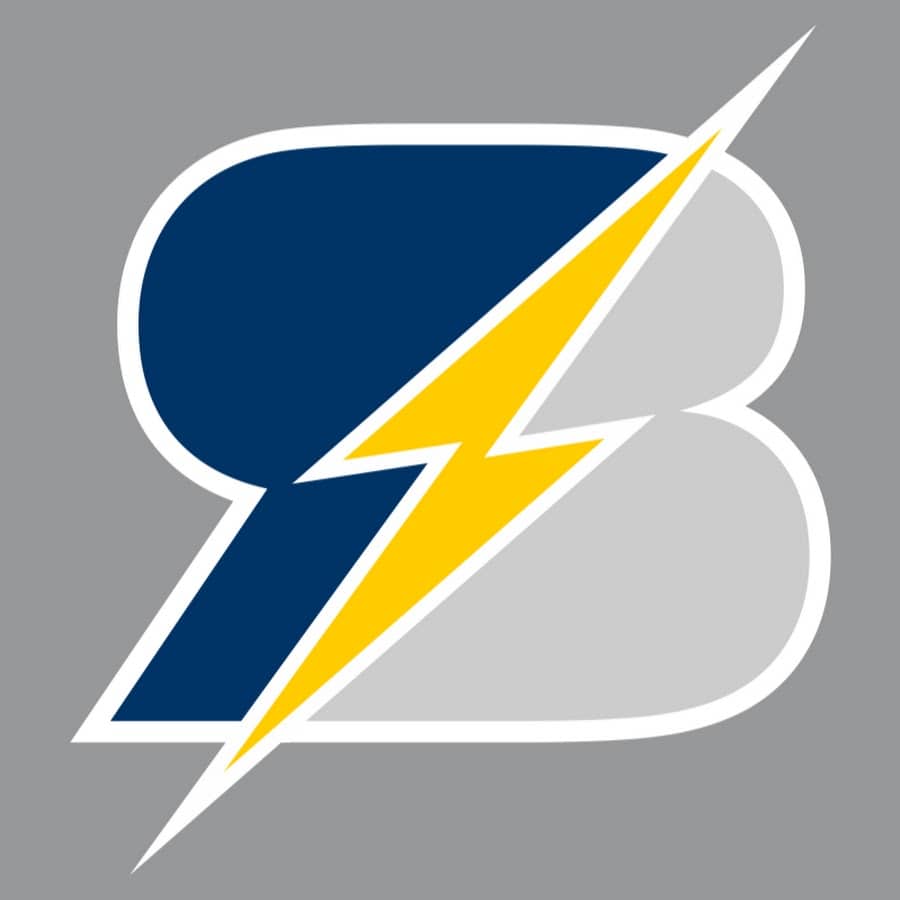 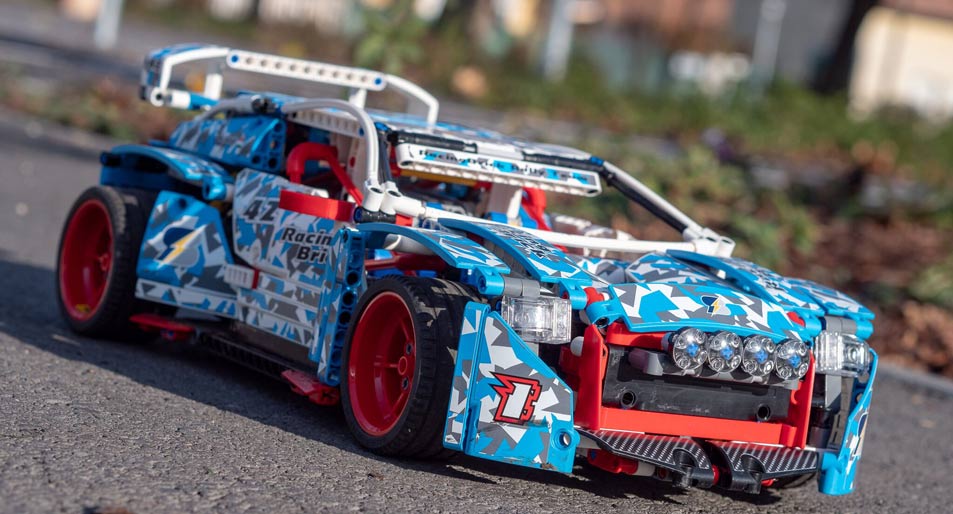 “I never watched a single LEGO video in my life why am I watching this?”

These users comment under one of RacingBrkick’s videos on his Youtube channel, in the best way describes what is he doing. In his hands, and with his camera,  LEGO® Technic models are everything, but toys.

That’s why decided to introduce this man to all of you. ? 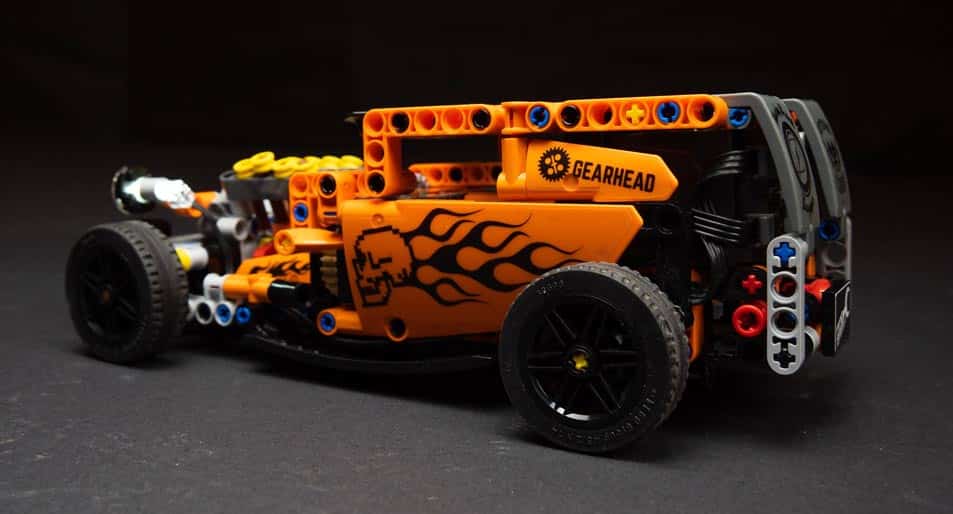 Why Racing Brick? Does that symbolize something or it is just random nick?

Since I did not want to create a YouTube channel under my own name, I was looking for something that is related to LEGO and cars. There were a lot of ideas, some of them were already taken, some of them were dropped to avoid potential issues (e.g. the usage of the word LEGO) so RacingBrick became the final choice.

And, because you are Racing Brick, it is natural that you had break speed record. ? What is your next challenge?

Currently, my biggest challenge is moving with my family ? I have lots of ideas of course, I hope to turn them into a reality sooner or later. It’d be a nice experiment to set another speed record with BuWizz, but for that, I’ll need to find a proper location because that’s the most challenging part.

When did LEGO® fever hit you, at first? When was your first exposure to LEGO?

I was very young, probably around 2 years old. I was quite lucky because LEGO was not a common thing in Hungary back in the ‘80s, but my parents travelled abroad for work and I got some really nice sets. The first set I remember (and I still have some parts of it) is the 7710 passenger train. I also got the 6392 Airport set and the 6385 Fire Station, I had many-many hours of fun with those.

How did you, at all, get interest about LEGO®?

As I mentioned I was already “infected” at a very early age, so going forward LEGO became my favorite toy (besides the Matchbox cars ?) and I was building with LEGO bricks through my entire childhood.
During my “dark ages” one of my hobbies was photography, and after returning to LEGO it is still an important aspect to take cool photos of my sets or creations. 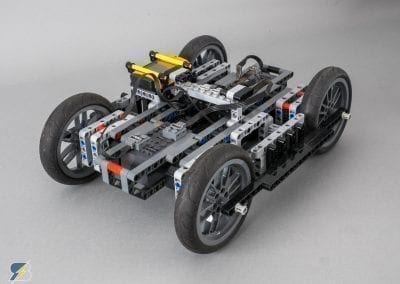 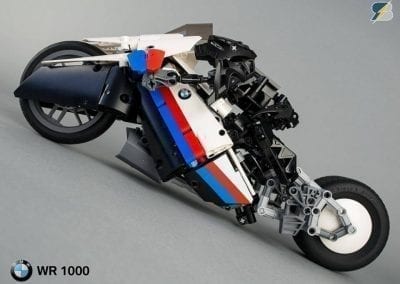 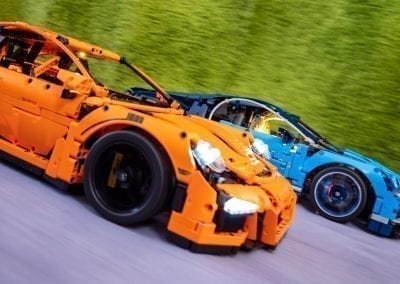 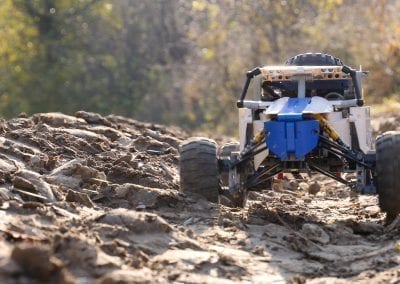 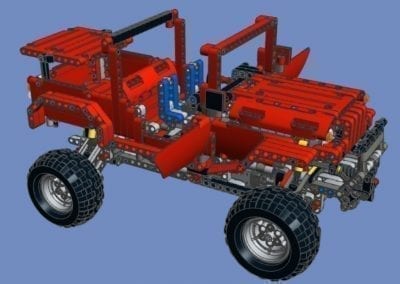 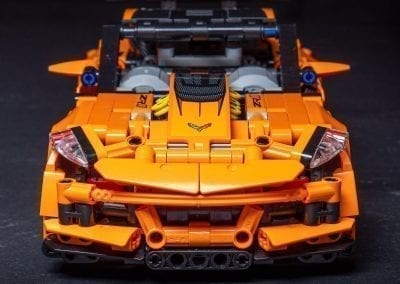 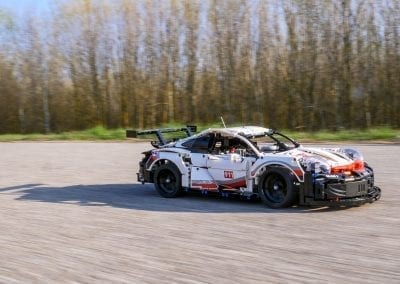 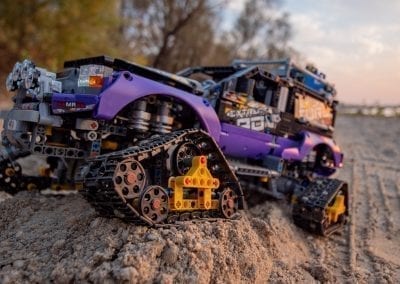 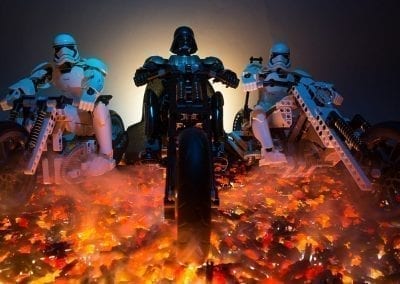 When you were younger, did you ever have problems because of LEGO®? With family, friends… ?

I don’t think LEGO causes you problems when you are young, the issues come when you’re trying to justify your LEGO purchases as an AFOL ?

If you can turn back the time, what would you do differently in your past (related to LEGO®, of course ?)?

I guess I would pay more attention keeping my childhood LEGO collection together. Luckily I still have most of it, but before my “dark ages” I did not really pay attention to keep it safe for the future.

How big is your parts collection? What is your favorite set? How many sets do you own now? Do you even know that? ?

Honestly, I have no idea, never counted ? I’d say a few hundred sets maybe, but that’s very difficult to estimate. Partially because my son is also a big LEGO collector so his inventory sometimes gets mixed up with mine, and also because I keep a fairly low amount of sets assembled. It either ends up in the parts bin or used directly for motorization or MOC. I keep some sets nowadays in a “stock” version to use as a reference in my videos.

Which project are you the proudest of? And Why?

My very first RC mod was a nice challenge. This was the end of my dark ages when I got 42029 as a gift. After building it I wanted to make something RC out of it, but since I like stupid challenges I wanted to do it without any additional parts apart from the PF components. I ended up building a modified version of an excellent C model Jeep made by Yoshiny. It took me around a year to figure out the whole thing, but I was learning a lot along the way and at the end, it was working well. I never published the result of this build, maybe I will one day.
If I think about the recent ones, the most challenging one was the motorization of the Corvette. I created multiple mods for the B model previously, but this time I wanted to make the A model really fast and also fix the look of the car. It took me a long time to find the best combination of pieces to change the front, especially considering the scale of the car. The motorization was also a challenge, squeezing everything in a small space with the highest performance possible, and also keeping the fake engine because that adds a lot to the fun factor.

Where do you find inspiration for new projects?

Most of my projects are remote control modifications of official sets. In these cases the boundaries are more or less fixed, my aim usually is to create a mod that looks as close as the original as possible with the added remote control abilities.
Sometimes I have an idea of a photo or a scene that I want to create and I build according to that. The best example was my project with the 3 different motorcycles for Darth Vader and the Stormtroopers. That whole project was made to create that single photo ?

How do you measure your success? (number of subscribers, views, likes, money…or with something else)

The number of followers on the different social media platforms is one of the key indicators of “success” nowadays, it’s obviously nice to have a growing audience because it means people like and follow your work. I prefer to receive feedback from people who actually build my creations and play with them, it’s very nice to see the photos and videos sent from all around the world.

What is the biggest LEGO® challenge you have had to deal with so far, and how did you solve it?

I guess it was the BuWizz speed record ? Not exactly the building part because that came together fairly quickly, I knew what the vehicle should be capable of. The most difficult was to find the location for the “perfect run”, being able to chase the vehicle during acceleration and meanwhile filming the whole thing ?

Can you list the top three comments which you get on your YT channel?

That’s a tough one… I can’t find 2 of them, but here’s one – I made a video about the LEGO Defender’s potential drivetrain issues and how to fix them, people keep commenting things like “I never watched a single LEGO video in my life why am I watching this?” I think it tells a lot about the real version’s reliability and the related searches ?

What happened with your workshop space? When can we expect to see you in new space?

As I mentioned we are in the process of moving with my family. I had a nice workshop room but some circumstances were not optimal there, so we’re looking for a better solution now. It’ll probably take some months until everything is settled, but meanwhile I’ll have my temporary corner wherever I’ll be so I’ll keep posting ?

One of the most famous LEGO® Technic builder. He has the biggest Youtube community dedicated to LEGO® Technic. Besides that, he published books and instructions on the subject of LEGO® Technic.

Lachlan is a perfectionist. His MOC's building instructions are sold by thousands. He loves supercars and his passion is can be seen through his amazing collection. No wonder he has so many fans and followers.

Racing Brick is a LEGO® Ambassador from Hungary. He loves to analyze and compare different LEGO® solution.
his blog offers tons of information and fixes for common LEGO® Technic problems.

Jerry has his YT channel from 2008 and he made some cool models. As an engineer, his models are technically perfect and usually offer more than you would expect. His MOCs are impressive and do wonders. Check it out.

Alexandre Rossier is a real-life auto designer. His most important projects include Opel E- RAK-e vehicle, the KTM X-BOW GT sports car and GT4 as well as the KTM E-SPEED electric scooter. Prior to that, he worked at Bertone and Honda.

One of the most talented LEGO® builders, and the youngest in this Master builder series. He focuses on the usefulness and complex machines made of LEGO® bricks. And his creations are amazing.