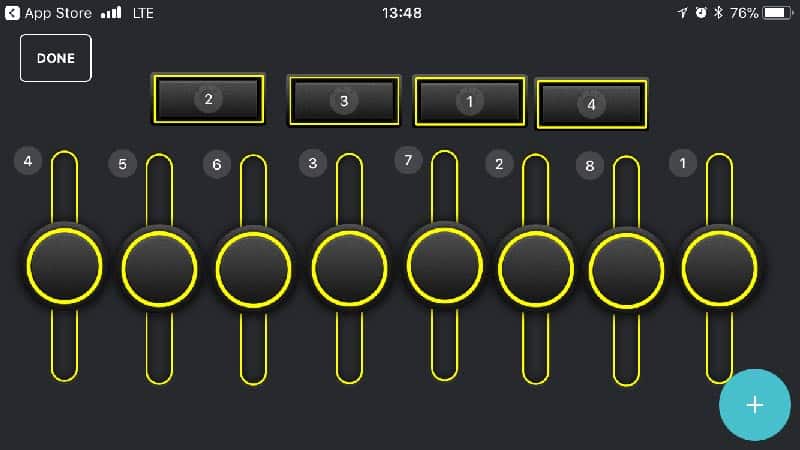 BuWizz Customizable Profiles have been released on both Android and iOS platforms a few weeks back. We also added high visibility update – controls on the black colored control scheme now have bright colored inserts for better contrast.

The controls you can add & place freely on the screen are:

You can now place quite a few controls on the screen:

Controls are numbered for easier identification in the setup screen.

Coming soon: Customizable colors for the controls and background

We are currently working on adding a new level of customization, a Programming Interface. You will be able to insert functions between inputs and outputs (i.e. mixers, delays, sequential motion, power curves,…).

This is how the programming screen looks in alfa version:

We are currently working with alpha version. Beta version will be ready for testing in July.