Why we made BuWizz

We love LEGO, we love electronics and we love software. We were thinking about ways to combine the three in a single project. We wanted to get more performance and more FUN from our LEGO models. The Idea came to mind to create a controller for driving LEGO Power Functions motors with a smartphone. Not long after, we had the first prototype, using an Arduino Nano development board. This was way back in 2013, before any similar solution was on the market. Some solutions were announced, eagerly expected in the LEGO fan community, but never realized. Our device was called BTBrick or BTB. We created the corresponding Android app and made a short demo video, driving the LEGO 9398 4×4 Crawler. In October of 2013, we entered the video in the 2014 TechCrunch Hardware Battlefield event but did not get past the first stage of the competition. 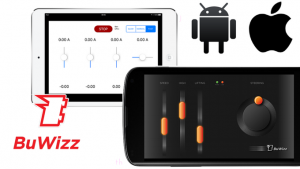 We then put the whole thing on hold and started working on it again about a year later. By then, other solutions for controlling LEGO motors with a smartphone were on the market, so we got the idea to add a battery to our solution. We were thus able to extract more power from the LEGO motors.  This is how BuWizz (initially called PowerBrick) was born – The first Remote control & Battery for LEGO in one Brick. A compact solution, with great performance, easy setup, easy charging and easy to use. BuWizz was made from a desire to have more fun with our beloved LEGO models. You probably agree that they could perform better.

The statement I made about BuWizz in 2016: “We all love LEGO bricks, but they are mostly used indoors. We wanted to race our models outdoors, but their performance was limited due to lack of clever solutions. We wanted to have more fun and that is why we created BuWizz. Now our models can go twice as fast and climb over obstacles with ease.”